Texas AFL-CIO President Rick Levy and Secretary Treasurer Leonard Aguilar spoke to Texas democrats at their convention in Dallas on July 15. Levy said, “We’re hearing pundits at the national level saying how ‘horrible’ it’s going to be for Democrats. They say we ‘are going to get slaughtered!’ But we are not going to get slaughtered. That is people in Washington or New York City talking. That is not people who understand what is happening. There is a movement going on in this country now. There are workers organizing all over this country.”

Levy pointed to the tremendous numbers of jobs being created under President Biden. He stressed that Biden is requiring that all the infrastructure jobs go to Ameriocan workers receiving Davis-Bacon prevailing wages. He talked about how workers are on the move in this country.

Levy said that Republicans, especially Governor Abbott, are trying to distract the voters with made-up “issues” like critical race theory. But, Levy went on, “When we focus on what’s really going on, we’re going to beat his ass. Focus on your issues, and how they affect your members.”

Far and wide, but especially in Dallas, Communications Workers of America Local 6215 leader Nancy Hall is being mourned. She was a symbol of labor activism and leadership from Dallas to as far away as Colombia, which she visited on behalf of Steelworker organizers. 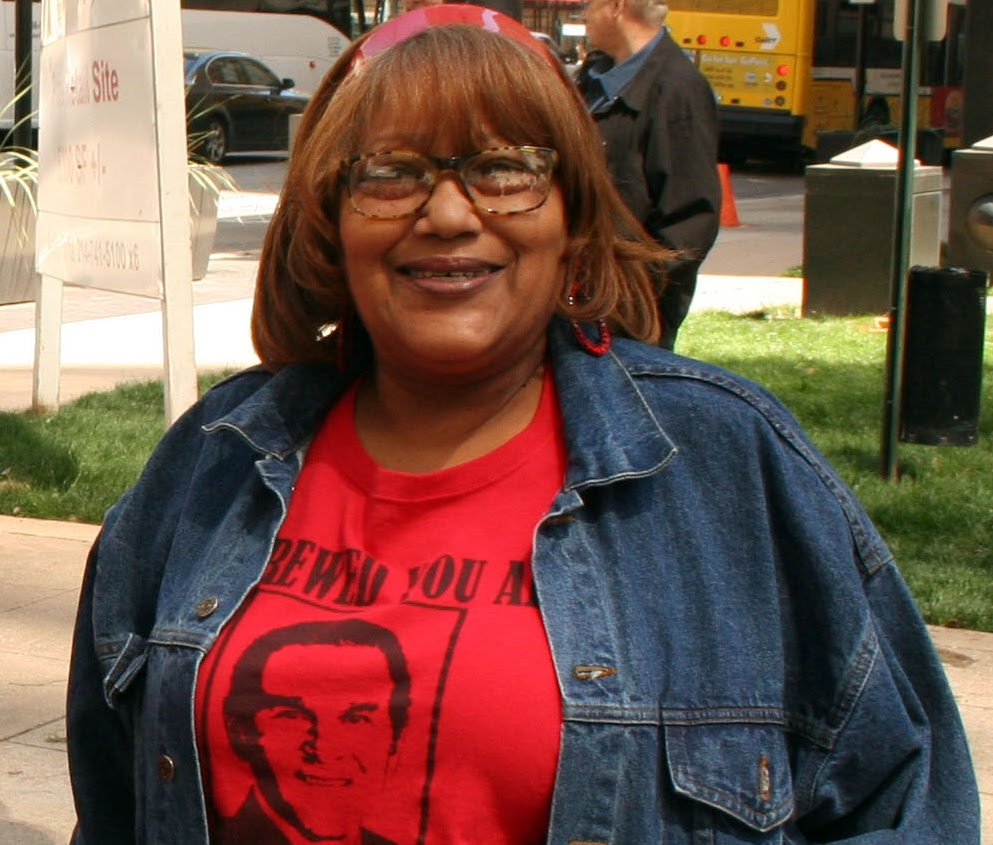 Activists from all unions recognized Nancy Hall because she turned out the most people at downtown labor actions, especially at our early vote rallies.

This statement came from the state federation: “The Texas AFL-CIO officers and staff are broken-hearted to learn of the death of Nancy Hall, a long-time member of our Executive Board and a stalwart as Executive Vice President of Communications Workers of America Local 6215 and at the Dallas AFL-CIO. Sister Hall was a ray of sunshine and an exemplar of strong advocacy for working families in the Dallas and state labor movements. It was always a good day when we got to cross paths with her.”